Welcome to
The Picture Show Man,
where we explore the history of motion pictures from 1890 through 1960!

The history of motion pictures spans the entire 20th Century.  Its growth and development mirrors not only the scientific and technological advances of that turbulent century, but also society itself as our world was touched and changed by both domestic and foreign events.  A study of the history of the motion picture industry is, in many ways, a study of the history of the 20th Century, and never has an industry been so well documented.  From its very creation as a “Victorian curiosity”, to its evolution into a worldwide, multibillion–dollar entertainment medium, the private and public records of the motion picture industry are remarkably complete and well preserved.

The articles contained in this archive provide information about virtually every aspect of the history of motion pictures, from its general history, to its personalities, to its films, to its continually evolving technology, to even the problems, techniques, and organizations used to restore the movies of the past.  New articles will be added regularly, so be sure to check back often.

Join us now as we explore the history of motion pictures.  Choose a section from our navigation area . . . pick an article . . . sit back, relax and enjoy! 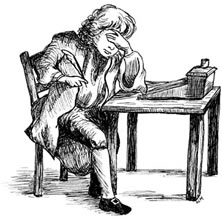 A Few Notes About the Contents of Our Archives

This section covers the general history of the creation, development, organization, and evolution of the motion picture industry, from its very beginnings to 1960.

Included in this section are articles providing a behind–the–scenes look at specific films, at the evolution of set design, make–up, costumes and properties, and at how music was used to enhance a film.

Here you will find articles about specific actors, directors, producers, composers, cinematographers, technicians, inventors, and others.